Since the inception of Prosper in 2006 and Lending Club in 2007, P2P lending gained popularity and has served as an alternative to traditional credit lenders. Though the initial growth of this space was slow to start, in the past year it has boomed which has correlated with increasing demand.

Initially starting out with core terms: P2P lending, peer-to-peer lending, and P2P loans which are terms used to possibly search for P2P loans or are doing a background searches with the purpose of obtaining a loan. As somewhat of lesser-known term to the general public- P2P lending, as shown by the Google trends graph below, it is on the fast track to become a established financial term thanks to Lending Club’s upcoming IPO, recent pieces in leading publications, and the public’s recent frustration with traditional banks.

The Google Trends graph is updated monthly and will be available under Prime Meridian’s resources to view at any time. 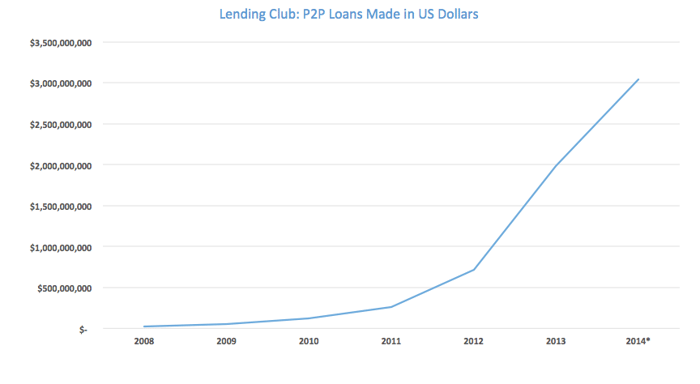